Overview
The Project
The App
Roundtables

The Flagship Culture Initiative (FCI) Russian Culture Scenarios were developed by a team of instructors of Russian and Kazakh, native speakers of Russian, Kazakh, and English. The scenarios were developed with a primary focus on English-speaking learners of Russian, particularly undergraduate students from North American educational institutions studying abroad in a country where Russian is among the dominant languages. Project developers and scenario authors hope, however, that these scenarios will prove useful to much broader communities of learners: native speakers of languages other than English, students from institutions of higher education in North America and other countries, secondary school students preparing for or returning from study abroad, students or professionals in a variety of fields whose study or work brings them into encounters with various cultures of the Russian-speaking world.

The premise for this project comes from the idea of a “disorienting dilemma” (Mezirow, 1991), in which a Russian-language learner encounters a situation which disrupts the learner’s assumptions and culturally conditioned expectations, as the authors of the Russian cultural roundtables write. As instructors of Russian and Kazakh, authors of the online Russian scenarios understood through numerous conversations with students over many years that we need to prepare students not only linguistically, but culturally for potentially “disorienting” situations in various ways: by providing examples of such situations; by projecting potential outcomes of a meeting or conversation that could be perplexing for both interlocutors; and by asking questions that prompt learners to query themselves about their own expectations and the values underlying them, and then to think more broadly about the values and culturally embedded expectations of which they may not previously have been aware. The goal of the scenarios is not to provide a list of “do’s and don’ts,” but rather to encourage learners to probe their own expectations, to ask themselves why a particular encounter might be puzzling or even upsetting, and thus to learn more about the culture(s) they are studying and about their own culture(s). 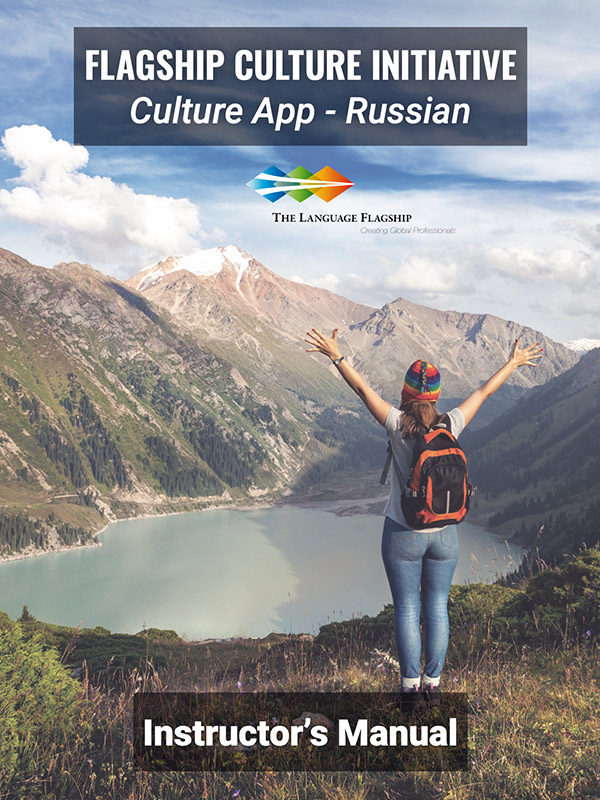 Scenario topics were chosen primarily on the basis of the findings of the 360-Assessment conducted by American Councils in Almaty, Kazakhstan, described in brief on the Cultural Roundtables page. These findings expanded on the descriptions of “disorienting dilemmas” that scenario authors had already encountered or heard about from their students — the very questions and stories that had inspired the project — but provided much deeper insights from interviews and focus-group conversations with host country faculty, tutors, homestay families, and internship supervisors.

The Russian cultural scenarios are divided into modules by setting: classroom, homestay, workplace or internship, and public places. Each module is further divided into topics, and each topic is further divided into individual scenarios. The division of modules by physical setting inevitably means that there is some overlap across modules: learners are encouraged to think about how they might respond to a politically sensitive question both at home and at the workplace, or to advice or even criticism both from classroom teachers and from host parents. Learners are encouraged to explore their own assumptions about time, physical and psychological space, appearance, hierarchies, individual vs. collective values in a variety of settings, and to make connections across those settings.

What did the authors have in mind in conceptualizing a “Russian-speaking world”? It goes without saying, but bears emphasizing nevertheless, that the “Russian-speaking world” is not and cannot be conceptualized as monolithic. Scenario authors pictured the encounters depicted in these scenarios as taking place in Russia, Ukraine, Kazakhstan, Kyrgyzstan, or other Central Asian countries of the former Soviet Union where Russian is among the dominant languages; however, some of these scenarios could take place in other settings in which Russian is a dominant language and speakers share at least aspects of a common history, including realia of educational institutions, housing, transportation, or public places such as monuments and museums in the former Soviet Union. The Russian-speaking world is vast and diverse, however, so not all scenarios might be applicable to any setting; workplace hierarchies could vary, for example, from Moscow to Almaty. The context provided for each scenario does not indicate a specific city, but rather a point in time and place in a setting that could be in any number of locations; innumerable variations in outcomes are possible, depending on the city or the backgrounds of the interlocutors.

The ideal setting for exploration of these scenarios is small-group discussion moderated by an instructor, tutor, or conversation guide with deep knowledge of a culture or cultures of the Russian-speaking world. The scenarios could also be used in a Russian-language classroom, or in an English-language course about Russian culture, such as a study abroad preparation course. Scenarios are designed such that independent learners can work with them; however, the authors strongly recommend that learners work with a “cultural informant” such as a tutor.

The online Russian cultural scenarios were designed to be brief enough to be easily readable on a mobile device. In selecting this format, the authors understood that lengthy explanations would need to be sacrificed for the sake of mobility, convenience, and ease of access. This brevity in no way implies that the situations presented can be easily “solved” in a few words; we hope that these scenarios, despite their brevity, prompt lively discussion.

The language of the Russian-language scenarios is aimed toward learners who speak at least in the high Intermediate range on the ACTFL scale (ILR 1+) and can read in the Intermediate High to Advanced range (ILR 1+ to 2). The authors chose not to simplify the language, in order to provide learners both with Advanced-level input and with opportunities to learn context-appropriate language in their responses. At the request of instructors during project piloting, the scenarios have also been translated into English, so that learners at all levels can begin to explore the cultural questions posed in them. The Russian-language scenarios sometimes include Language Notes, some of which repeat language provided either in scenario prompts or in feedback to scenario outcomes, with the specific purpose of providing learners with tools they can use in role-play situations, and eventually in similar encounters outside the learning setting. Language Notes also provide some vocabulary to help learners understand the language of the scenarios themselves. The English-language scenarios also include some Language Notes, abridged from the Russian-language scenarios, that provide words and phrases that could be useful in future role-plays and “real-life” situations.

Time and copyright considerations did not permit scenario authors to provide texts (literary texts, films, advertisements, etc.) where scenarios similar to those depicted here take place. We hope to provide more ideas for extension tasks in the future, and we invite instructors and learners to send us examples as well; we will gladly create a Google document linked to this page with such resources.

We are tremendously grateful to project reviewers, whose input on the Russian cultural scenarios in draft form was invaluable for their development:

What’s in a Name?

Classwork and Feedback in Class

Office hours and consultations
Criticism from an instructor outside of class

Eating and Drinking in Class

Late for dinner
Sharing food
How is food shared in the family?
Eating “on the run”
Politely refusing food
Dinner as ceremony

Personal space: physical
Your room, your castle?
Spending time together as a family

Expressing Apologies, Thanks, and Condolences

Watching the news together
How to behave around Uncle Fedya

Where did you come from?
Who are you?

Restaurant: Who pays the bill?

Who carries the bags? Offering, accepting, and declining help

The Language Flagship is a national initiative to change the way Americans learn languages through a groundbreaking approach to language education through a network of programs at institutions of higher education across the United States. The Language Flagship graduates students who will take their place among the next generation of global professionals, commanding a superior level of proficiency in one of ten languages critical to U.S. national security and economic competitiveness.

This website has been developed and is maintained by The Language Flagship Technology Innovation Center. The content of this website and of the Culture App do not necessarily reflect the position of policy of the U.S. government. No official government endorsement should be inferred.